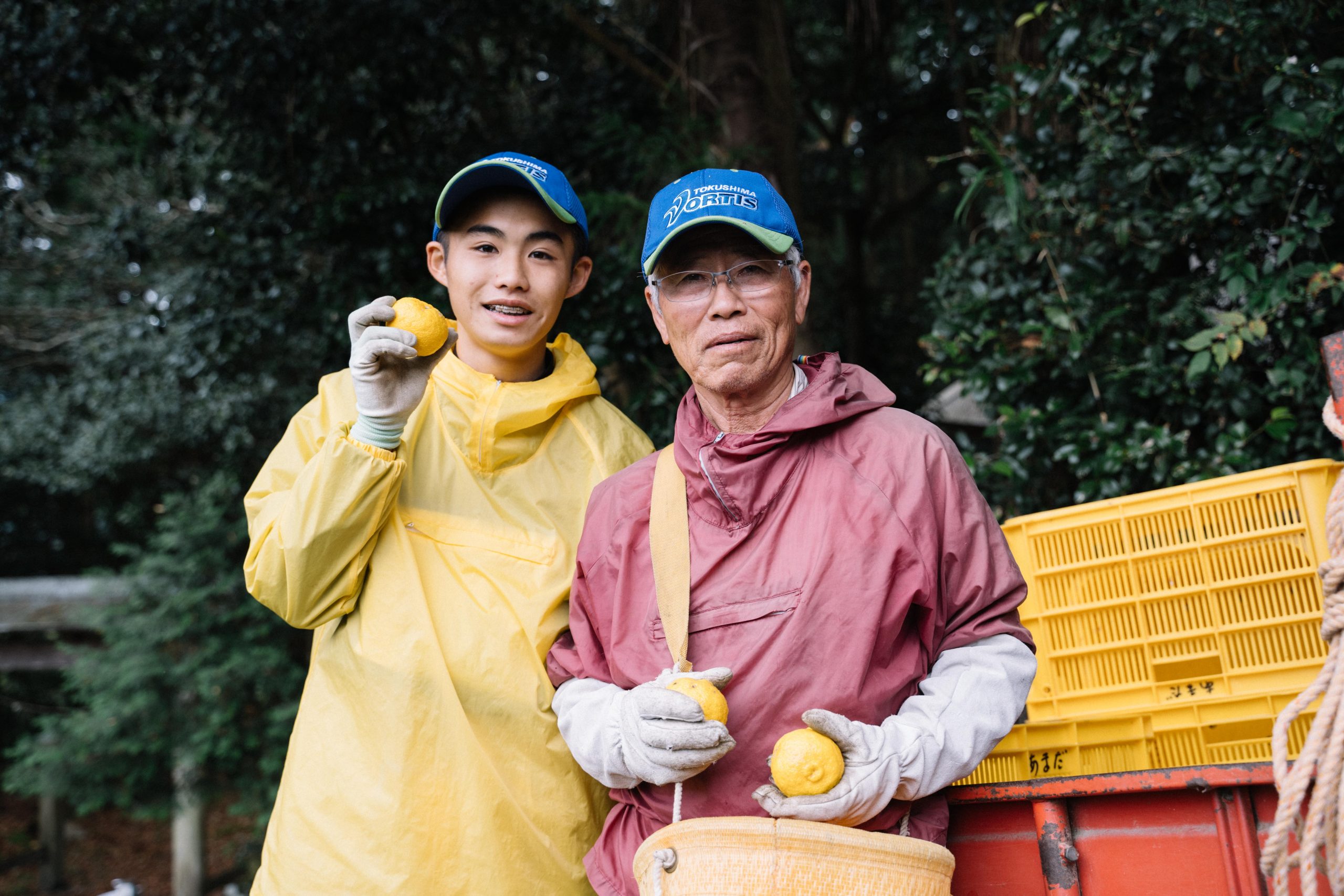 Koyadaira in Mima city which is located at the foot of Mount Tsurugisan is known as Yuzu producing areas.
Mr. Yoshinobu Amata is a Yuzu farmer who officially began Yuzu cultivation in Koyadaira. When sericulture was declining in 1963, he focused and started cultivating Yuzu because it was selling at a high price at that time.

At first it was said that Koyadaira was not suitable for Yuzu cultivation, however, the cultivation was successful and Yuzu cultivation spread in Koyadaira.
In the middle of 1975, the price of Yuzu was sometimes as high as 6,000 to 7,000 yen for a box of 12.
However, prices began to fall and it was about 60 yen per kilogram when it was cheapest in 1985.

Mr. Amata came up with the idea of cultivating Yuzu without pesticides because some farmers were getting physically sick because they used disinfection from spring to summer when Yuzu begins to bear fruit. He also thought it would be an additional value and lead to branding.
Just around that time, Japan agricultural cooperative recommended organic farming, and he became the first certified organic farmer in Tokushima Prefecture in 1999. He began to cultivate with chicken manure and dried Kaya as fertilizer for the fields instead of using pesticides.
Later, other Yuzu farmers in Koyadaira also became certified organic farmers, and the entire community began to engage in organic farming.
Recently, Yuzu has also been drawing attention in other countries, and French chefs came to see Mr. Amata's organic cultivated Yuzu.

He looks forward to welcoming his grandchild who live outside the city and he help his harvesting every November.
He also offers harvesting experiences for urban students to get to know about agriculture in the mountainous areas.
Carrying heavy boxes of Yuzu on the mountain slopes is tough even for young people, but Mr. Amata said, "I want to continue cultivating Yuzu as long as I am healthy." 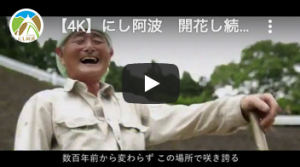