The Globally Important Agricultural Heritage Systems (GIAHS) is a system in which regions practicing traditional ways of agriculture, forestry and fishery that are considered especially important in the world are granted with accreditation by the Food and Agriculture Organization (FAO).

Wisdom to live on the mountain slope

Consisting of Mima City, Miyoshi City, Tsurugi Town and Higashi-miyoshi Town in the western part of Tokushima Prefecture, the Nishi-Awa area is dotted with approximately 200 villages sitting in the mountainous region of 100 – 900 meters above sea level. These villages all stand on the steep slopes, some of which are as steep as 40 degrees. For farm work on a mountainous slope, it is a common practice to develop a flat land and make terraced fields. In the Nishi-Awa area, however, farming takes place on the slopes as they are. The people have cultivated their own techniques and wisdom to protect the nature, their lives and their villages. Everything about the area including the landscape of the villages, the food culture, and the traditional events relating to the farming which have been passed down through over 400 years, is all considered “Steep Slope Land Agriculture Systems.”

It has been recognized that this system is sustainable for the future and has the potential to be of use in resolving the global problems such as food supply and agriculture crisis and ecological destruction.

On the slope of the steep mountains and deep valleys, houses and fields stand as if they were stuck on the land, creating a unique landscape that is hard to find anywhere else in the world.

The “Steep Slope Land Agriculture System” is an agricultural system that was invented on a slope. Now, how were the mountain slopes in Nishi-Awa born?

The Nishi-Awa area stands on one of the largest geologic faults in Japan called the Median Line of Japan, which was formed by huge plates (bedrocks) clashing together. The faults move dynamically on this line, thus creating a mountain as the land was raised or deformed.

As the plate moved from south to north, the land was pushed up intensely and formed mountain range. Besides, as the land was made of weak layers of green schist (the fracture zone), the slope facing north easily caused landslides and did not get much sunshine although they were gentle slope (Kageji); on the other hand, the ones facing south had a good amount of sunlight although they were steep slope due to land collapses (Hinoji). People started to live on the sites of these land collapses and landslides, which is believed to have been the origin of the Nishi-Awa area.

The fracture zone contains a lot of groundwater which led to land slides and also left a lot of water sources. Although it is located halfway up the mountain, the Nishi-Awa area is blessed with spring water; this is why people were able to form villages here.

Five points that have been globally recognized!

To support food supply and living

To protect traditions and nature

Landscape where people and
environment are
in harmony with each other 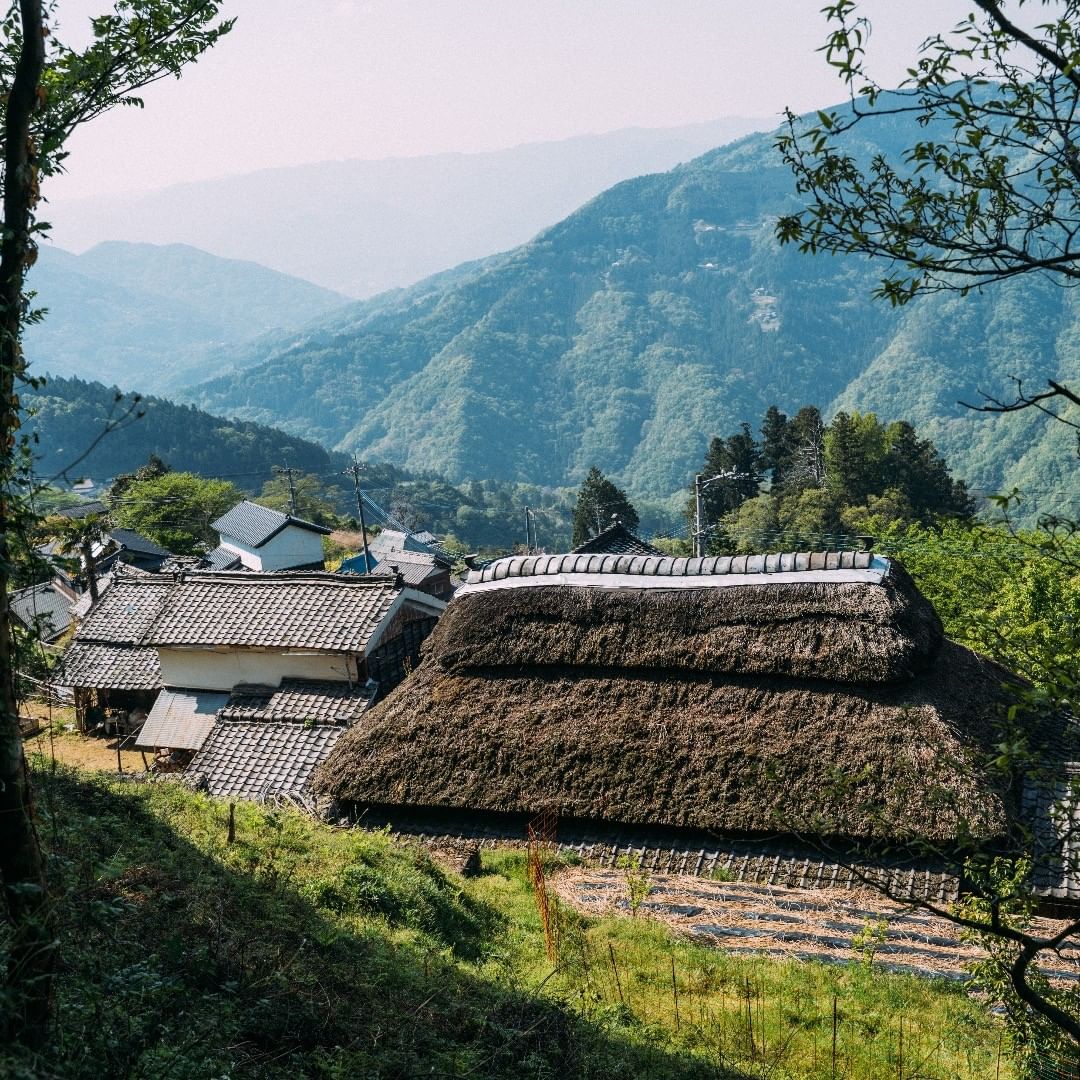